Why Dine At Jeff Ruby’s Steak House In Cincinnati

Jeff Ruby’s Steak House in Cincinnati is worth the visit from anywhere. Before you decide whether or not you should go there for a meal, read this article. We will provide you with a little bit of background information about the restaurant, its menu and hours of operation, as well as other useful information. 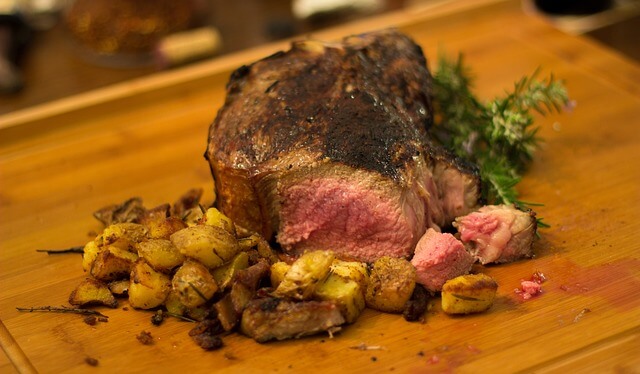 About Jeff Ruby’s In Cincinnati

Jeff Ruby’s Steakhouse is located right in downtown Cincinnati, right in the Backstage Entertainment District on 700 Walnut Street. It is close to many of  the cities best attractions such as the Cincinnati Museum. The restaurant is considered to be one of the best places to eat at in all of the city, and it has been modeled after the 1940’s Steakhouses of New York City. The steakhouse is frequently visited by all types of people, including politicians, celebrities, athletes and diners who go out to eat for special occasions, as well as those who like to try new restaurants and everyone else in between. It has something to offer everyone.

The phone number to the restaurant is 513-784-1200, which you can call to make a reservation. It’s actually a good idea tyo call ahead of time if you plan on going there during peak hours or on the weekends because the restaurant can become busy. However, it is worth the wait, if you do end up just going there and you are told to wait.

With that said, the restaurant is open six days a week, Monday through Saturday. They are open from 5PM to 10PM on Mondays, Tuesdays, Wednesdays and Thursdays. On Fridays and Saturdays, they close at 11PM, but open at the same time.

One of the reasons Jeff Ruby is popular is because of its extensive menu. You can expect the food to taste amazing at the restaurant. Some of the items you can find on the menu include various types of steaks, lobster dinners and ocean meats, such as pan-roasted salmon and grilled branzino. There’s also a variety of sushi dishes to choose from.

Let’s not forget to mention the impressive selection of desserts, which includes items such as cheesecake, chocolate cake and butter pie to name a few. There’s also a wine and drink menu. The bottom line is the restaurant has a large menu and has something for everyone.

Furthermore, there’s a cigar menu. If you enjoy cigars, then you’ll love the menu. As of now, they offer eight different types of cigars.

What Do Reviews Say

Why Dine At Jeff Ruby’s Cincinnati

The main reason why you should dine at the restaurant is because of the quality of food you can expect to find there. It doesn’t matter what you order, you can bet it will be of high quality and it will taste good. However, we strongly recommend ordering a steak dinner because steaks are what the restaurant is really known for.

The customer service is second to none at Jeff Ruby’s, and let’s not forget to mention that the interior of the place is intimate. You will love the decor and the overall setup of the restaurant. As previously mentioned, there are many positive reviews written about the restaurant and this is a good sign because it means you can expect nothing but the best service. Kevin from one of the best Cincinnati it companies stated this was the best steak ever!

Another reason to dine at Jeff Ruby’s in Cincinnati is because you can schedule a private event to be held there. If you are looking for a private dining experience for you and your guests, then there’s no better place to have it than at Jeff Ruby’s Steak House in Cincinnati. Best of all, the staff at the restaurant will ensure that your event is as memorable as possible, regardless if your event is a business meeting, bridal shower, a rehearsal dinner or you’re just throwing a small party to celebrate someone’s milestone.

You will find out what makes this restaurant so special as soon as you walk through the doors. The chances are you will want to go back time after time. It is truly one of the best restaurants in Cincinnati and that is why you should go there to dine.

The bottom line is if you love great tasting food and good customer service, then Jeff Ruby’s Steak House is where you want to go. Sure, there are many restaurants you can go to. However, none can really compare to the experience you’ll have at Jeff Ruby’s.

Are you looking for a great place to eat at and one that has an extensive menu selection? Do you want to go to a place where you’ll be treated to a dining experience you won’t soon forget? If so, then head to Jeff Ruby’s Steak House today.